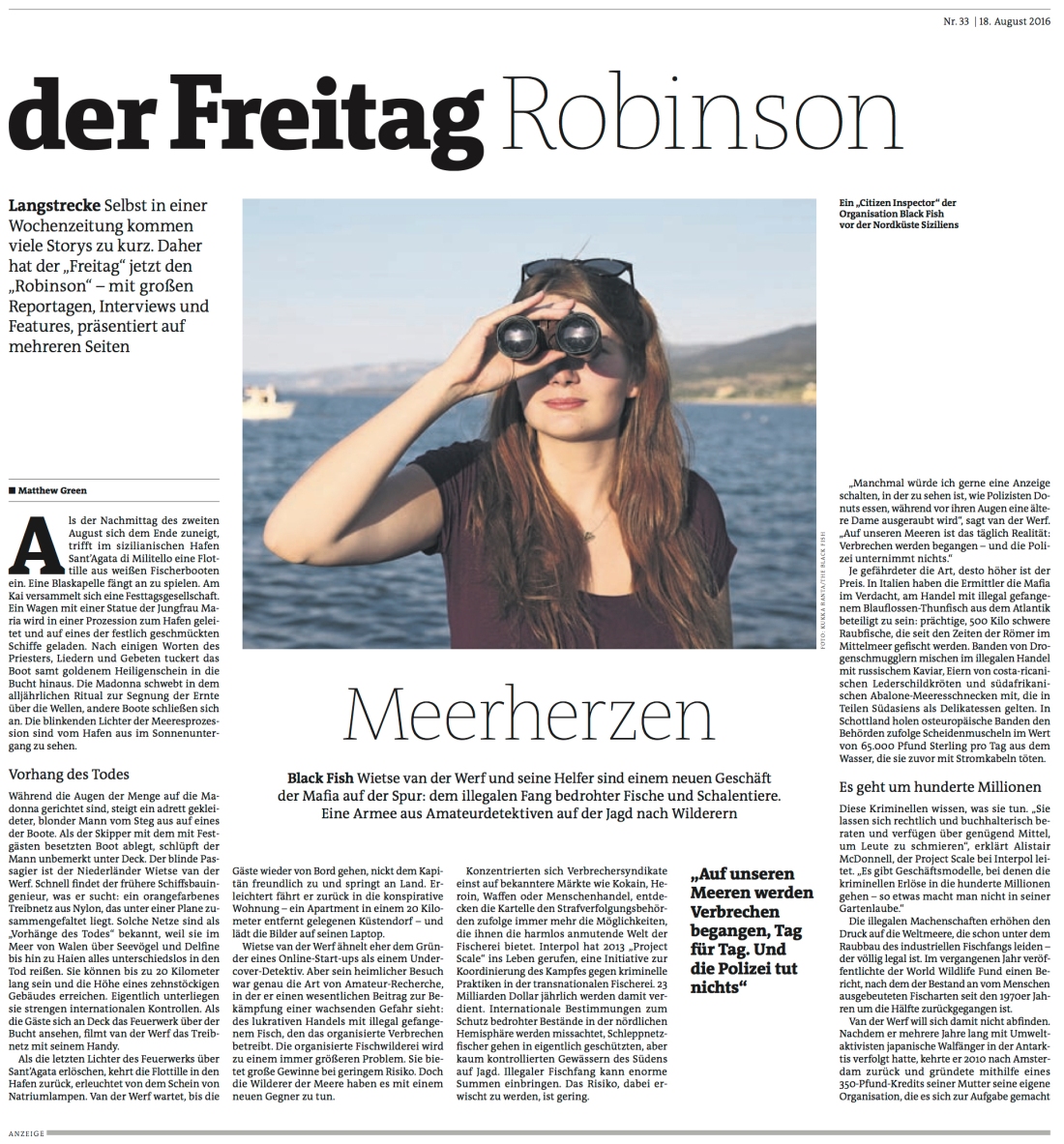 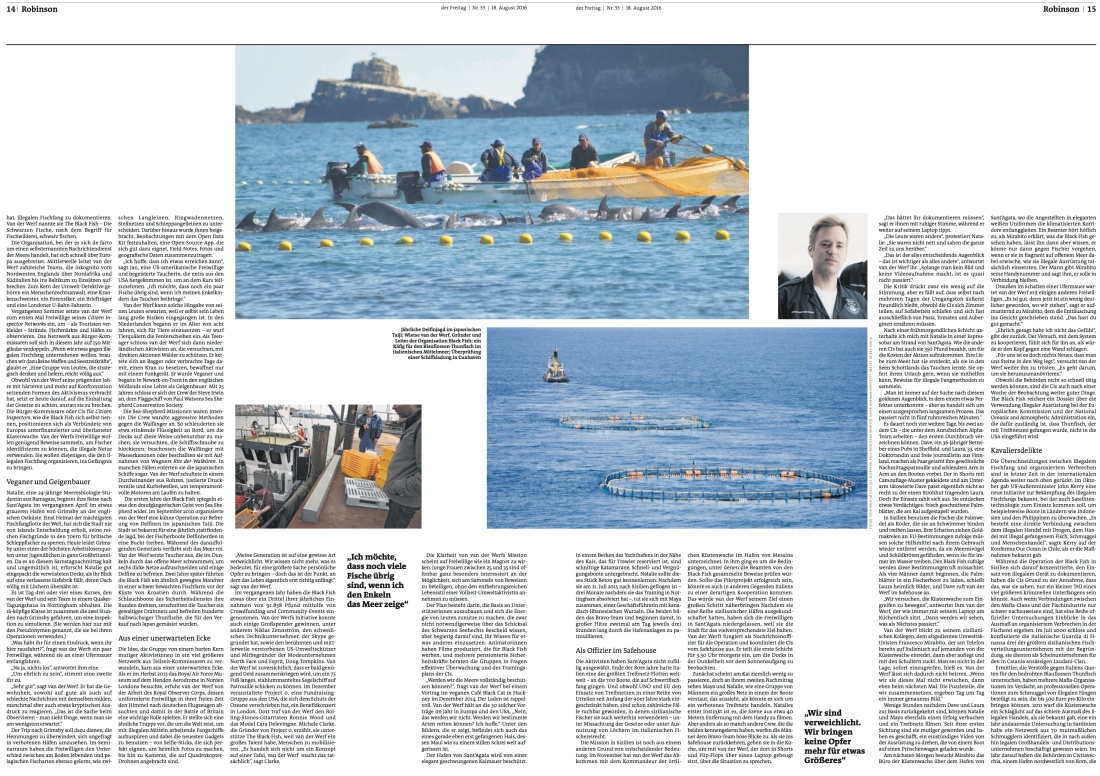 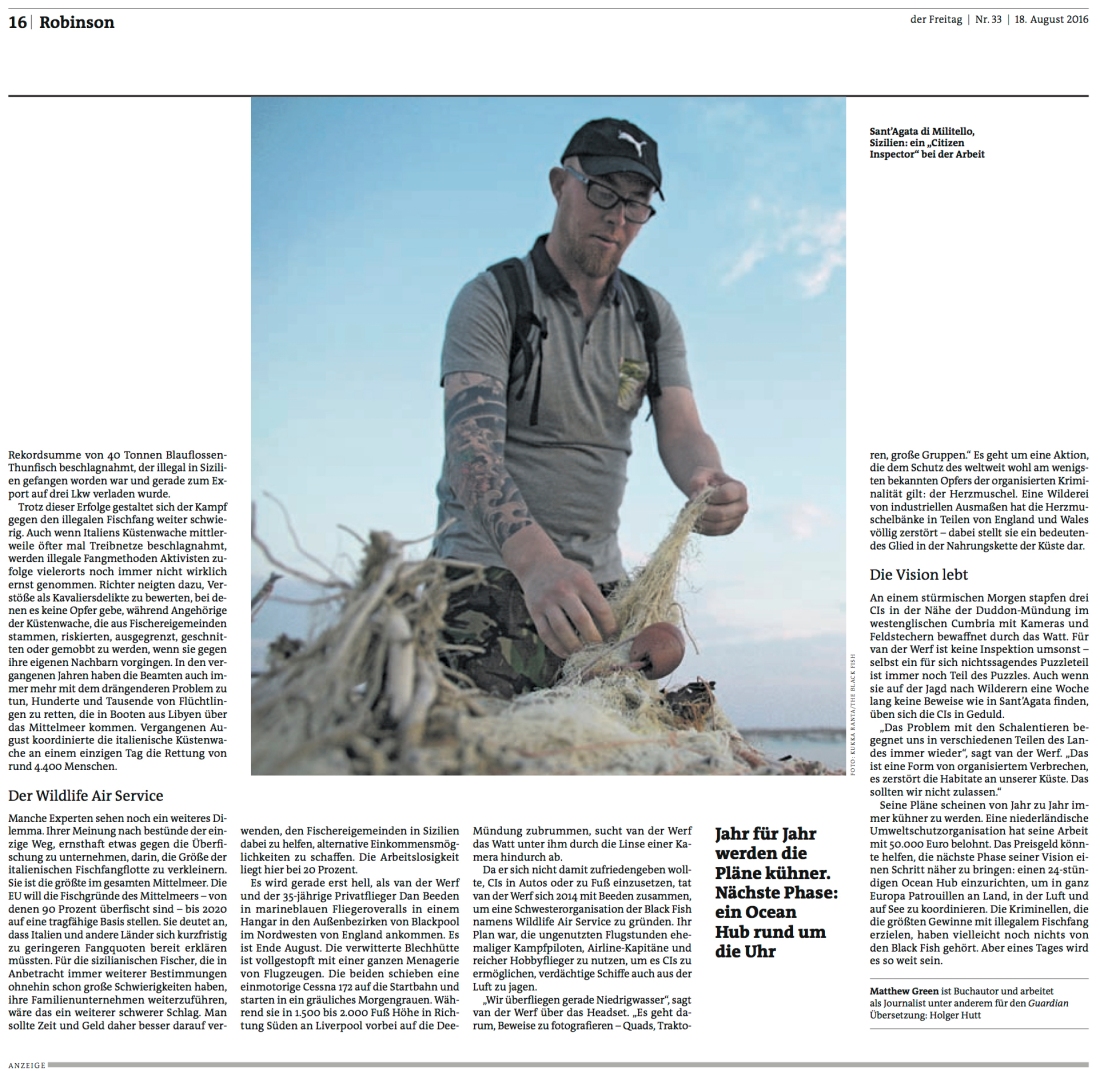 Illegal fishing controlled by organised crime is a growing menace, offering big rewards for low risk. But the seaborne raiders have a new force to contend with. An army of amateur sleuths are spending their holidays fighting back. 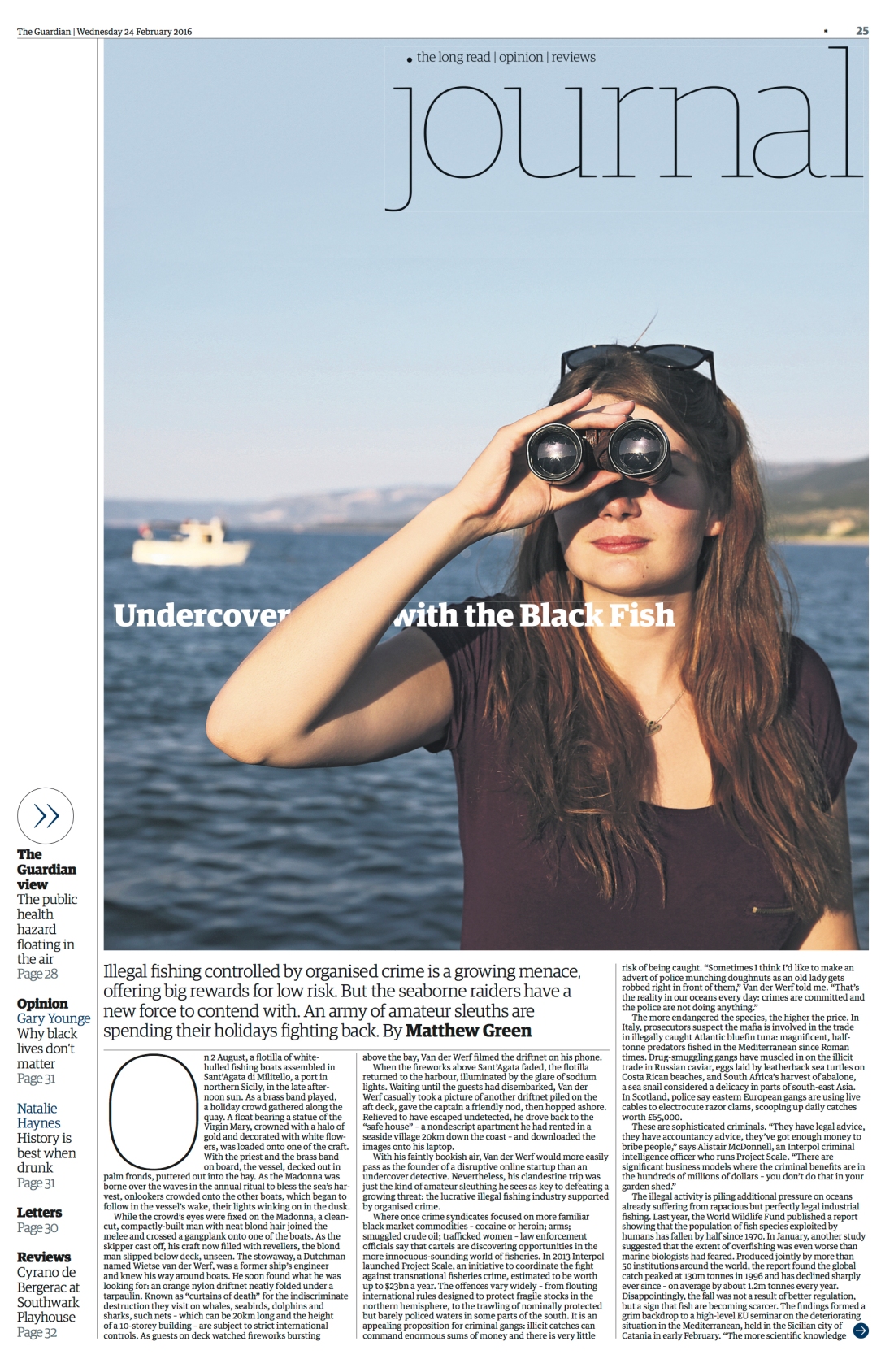 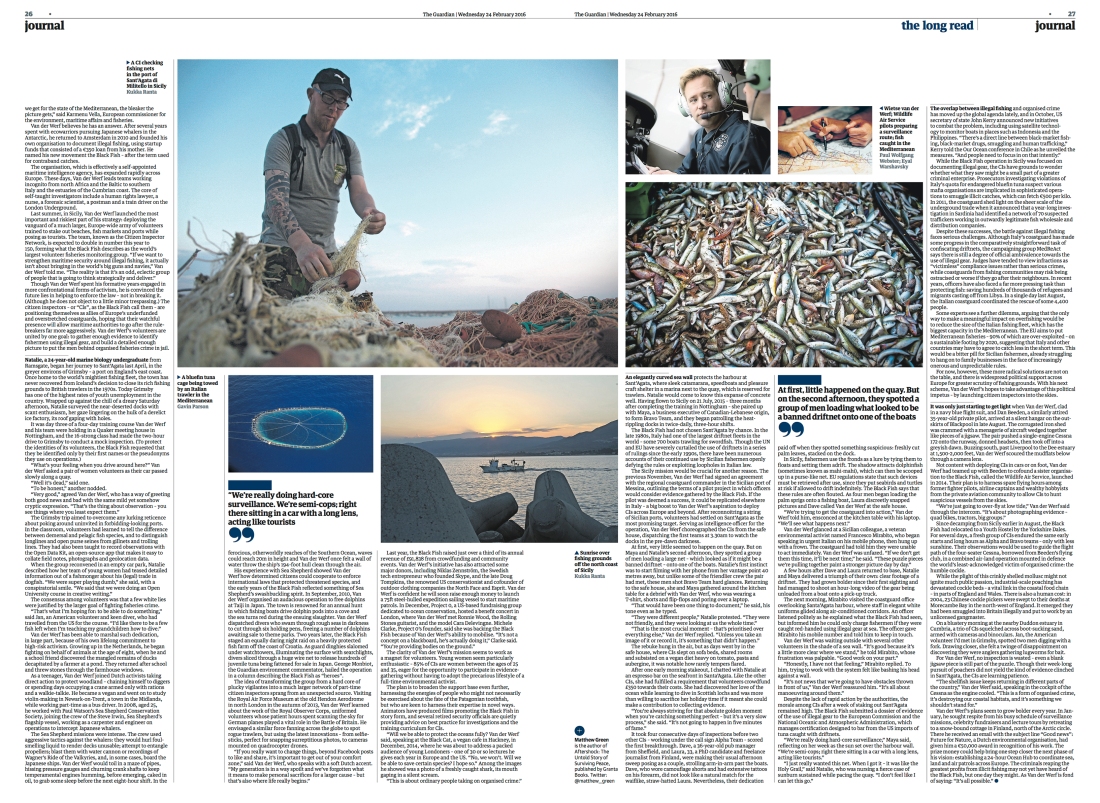 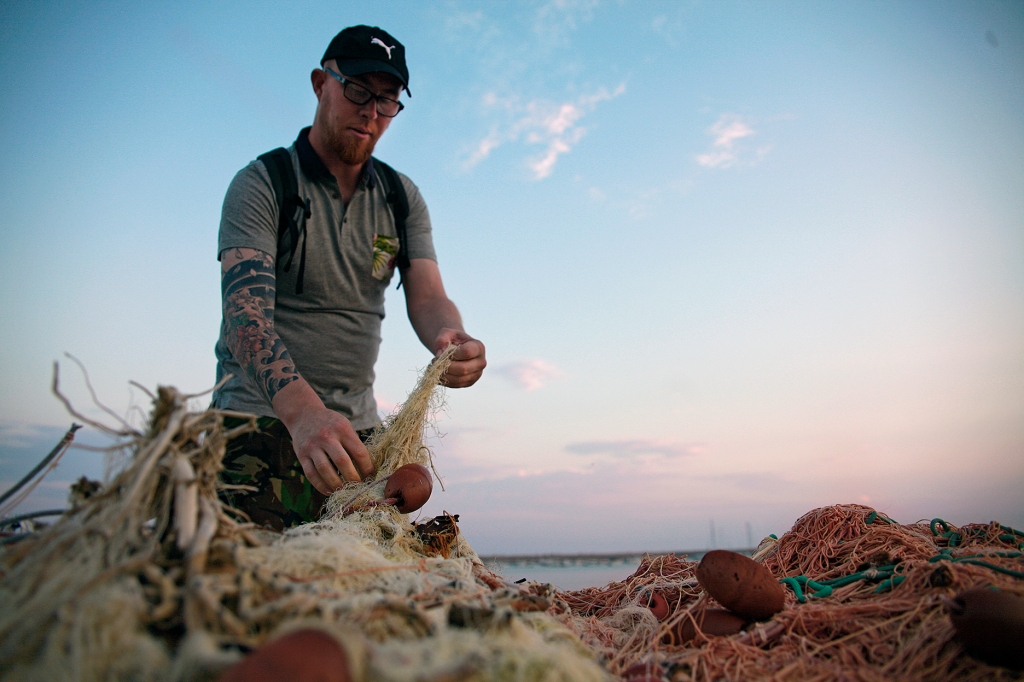 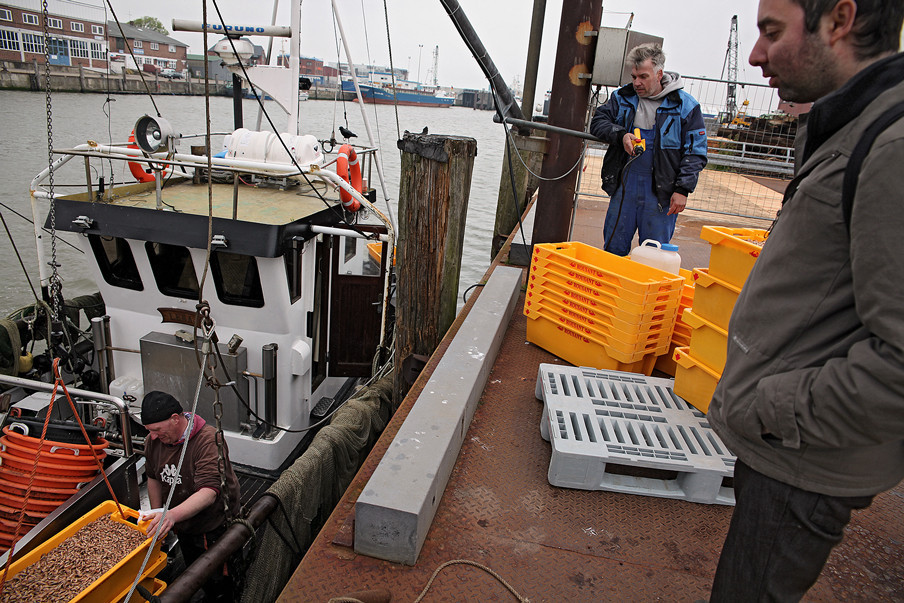 In April and May 2015 The Black Fish ran its first public Citizen Inspector trainings in Germany and the UK. Over the course of four days trainees would learn about anything from laws on fishing to fish identification, vessel and fishing gear monitoring to first aid and evidence collecting. The Black Fish runs multiple training courses a year. Interested to become a Citizen Inspector yourself? Learn what’s involved and apply!

Citizen Inspectors working out their route during a port inspection. Photo by Kukka Ranta.

Matty Mitford of The Black Fish delivers the first aid part of the training. Photo by Kukka Ranta.

Wietse van der Werf of The Black Fish runs trainee inspectors through an inspection exercise in a North German fishing port. The all-day exercise typically takes place on the third day of the training course. Photo by Kukka Ranta.

Working out the lay of the land around a fishing port. Photo by Kukka Ranta.

Observing fish landings is all part of the inspection process, keeping an eye on what comes off fishing vessels and on to shore. Photo by Kukka Ranta.

Checking nets and their mesh sizes during a port inspection. Photo by Kukka Ranta.

The Citizen Inspectors cooperate with enforcement agencies and other NGOs during their investigations. The Wildlife Air Service deploys aircraft and voluntary pilots to track fishing activity at sea. Here Wietse van der Werf, co-founder of the air service, talks to trainees about the benefits of aerial surveillance. Photo by Kukka Ranta. 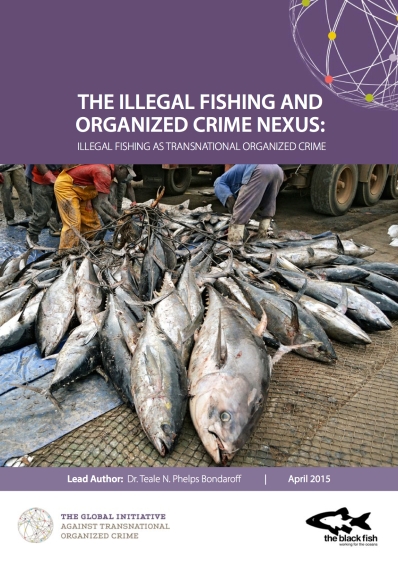 Is illegal fishing a form of organised crime? In which circumstances should it be treated as such? What approaches are necessary to tackle it? These are some of the main questions driving new research carried out by The Black Fish in partnership with the Global Initiative Against Transnational Organized Crime, investigating the links between illegal fishing and organised crime. 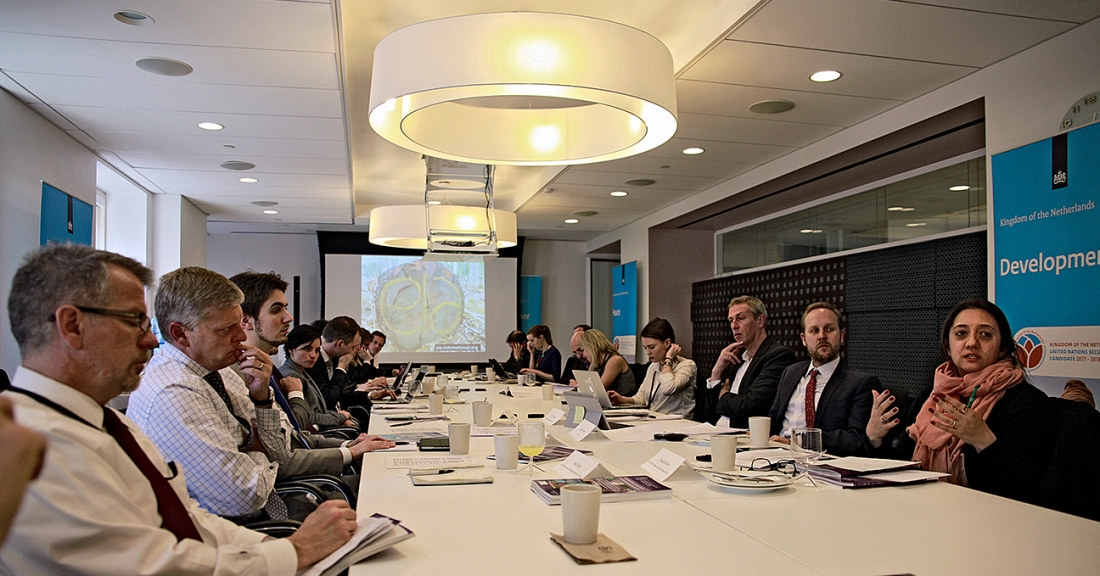 A consultation draft of a new report on the issue was presented at an expert seminar on organised crime and sustainable development, held last week at the Permanent Mission of the Kingdom of the Netherlands to the UN in New York.

According to the UN Food and Agriculture Organization (FAO) a major threat to marine life is illegal, unreported and unregulated fishing with annual global catch estimated at $10-30 billion (USD). In 2005 the FAO estimated that 75% of the world’s fish stocks were fully exploited, overexploited or depleted. In Europe, 85% of fish stocks are in trouble and roughly half of fish products traded through Europe is believed to have illegal origins.

“A comprehensive recognition of the various drivers behind illegal fishing is needed in order to find the right tools to stop transnational criminal organisations from destroying our oceans. This research plays a major role in that effort.” said Wietse van der Werf, International Director at The Black Fish.

The upcoming report, which is set to be published in April, will highlight how the highly organised nature of illegal fishing operations justify treating this activity as a form of organized crime. Illegal fishing is also highly transnational in its scope and is supported by a wide range of illicit activity, including money and fish laundering, tax evasion, fraud, corruption, bribary and violence. Furthermore, illegal fishing operations have also been found to be linked to other forms of organised crime, including drug smuggling, human trafficking and forced labour.

Van der Werf: “Our work is uncovering some shocking facts about the dark side of the fishing industry. Case studies focused on different forms of transnational fishing crime have come from all over the world, including Europe and the US.”

Last week’s seminar brought together law enforcement and development specialists to discuss how organised crime obstructs good implementation of the United Nation’s Sustainable Development Goals. Mark Shaw, one of the founders of the Global Initiative talked about the need for the international community to act fast.

“Lack of cooperation was one of the main reasons to start this debate”, said Shaw on the topic, which was recently highlighted at the UN level. “The real challenge is how to make progress in multiple sectors. The debate is just starting and there is a lot of work to be done.” 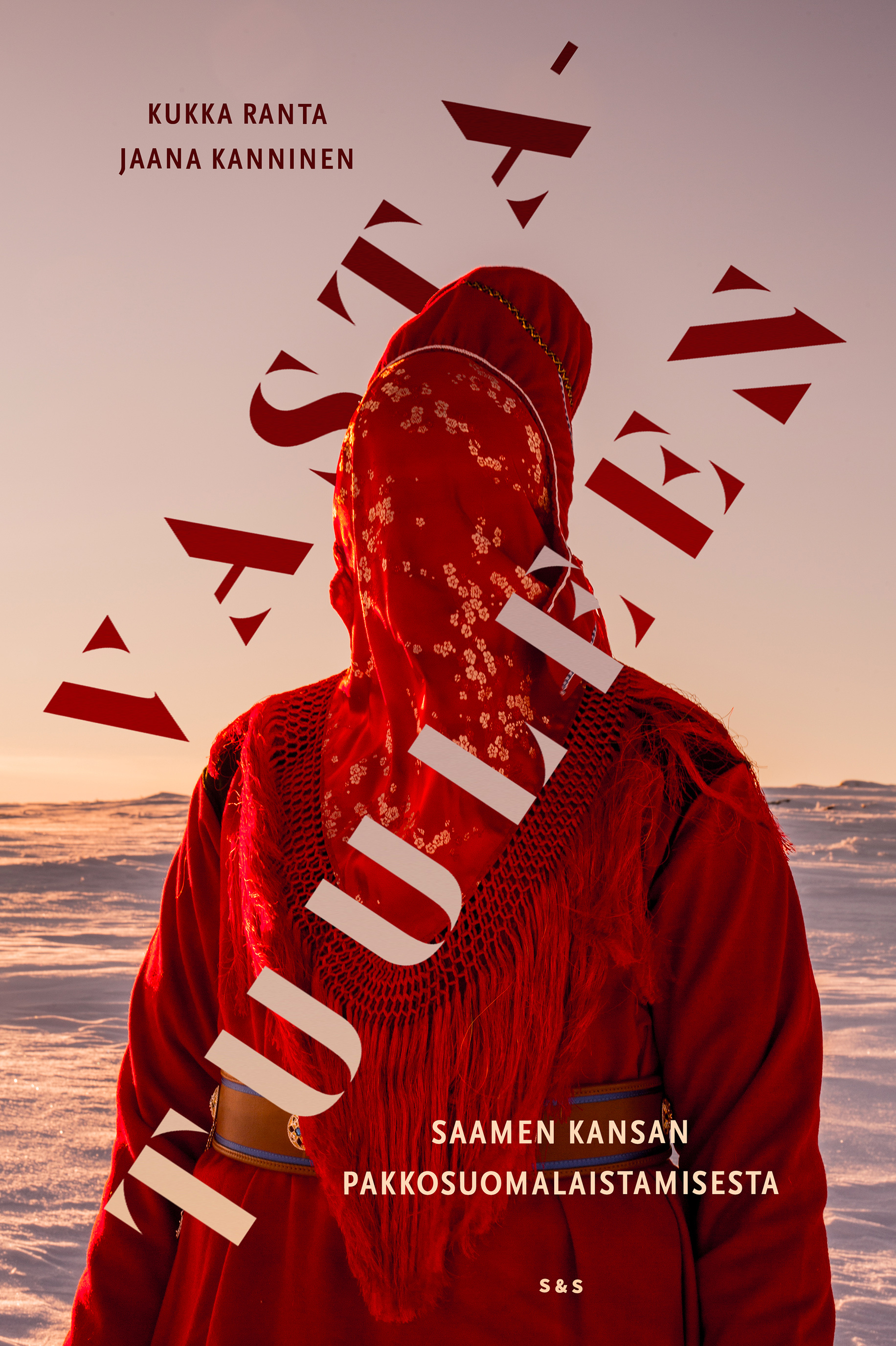